Last Thursday we got the chance to go to Asheville and Tenessee, which we  took , though under some not so happy circumstances (a funeral ). We had alot of fun here though. On Friday we mostly stayed at my grandmother’s house, which is about halfway up a mountain with a great view. We also went to a cool park in the back of an upscale neighbourhood with a Waldorf group that our friend Annie goes too, there was a giant leaf pile spread between several trees and at least knee deep. I suggested we played hide and seek within the leaf pile, which was big enough for at least 8 kids to all hide in different spots, and it was a really fun game of hide and seek, which only ended when the park staff told us they planned to turn the leaves into mulch, and needed us to get out. We also walked up the mountian (which is hard work 😛 ) and then back to her house again. On Saturday we drove to Tenessee from her house to go to a funeral for my Great Grandfather Avery, while the funeral was sad, it was also meant to celebrate a great man and his life, accomplishments, and love for his family and career as an engineer. On the way there and back we had an amazing view of the mountains and got to drive on roads cut through some of them as well. Then on Sunday we went to see my friend Annie and her older brother Noah for dinner (which was delicious ) and once again played hide and seek with Annie and her younger brother Charlie ( because Noah stayed in his room the whole time 🙁  ) On Monday we went around West and Downtown Asheville to take pictures and get lunch at the Mellow Mushroom. The Arts District was really cool, murals everywhere, and downtown was great, we went into Maliprops Bookstore and Chevron Beading Co. , where I got a cool cameo that looks normal, but is a skeleton face instead of a regular portrait. Then Monday night we went to have dinner with some people from Endor, specifically Liam, Rochelle, Kelly, and Steve. It was really nice to see some familiar and friendly ALC faces. I really want to move to Asheville now 🙂 . Today, Tuesday, we went to the Biltmore Estate, which is the largest privately owned home in America, and is on 8,000 Acres of land, including a beautiful garden and greenhouse. The house itself took almost an hour to tour only 41 of the 250 rooms in the house (partly because it was crowded and moving very slowly inside the house and there were 5 different schools touring too ) but also because there’s so much to look at, I wish I could show you, but there were no pictures allowed in the house. However I was allowed to take pictures of the house from the exterior and Garden, which I’ll add below.  Overall, I had a great time here in Asheville, we drive home tomorrow, after my friend Annie sleeps over tonight.

Below is  A picture of a stone carving on one of the outside walls of Biltmore. 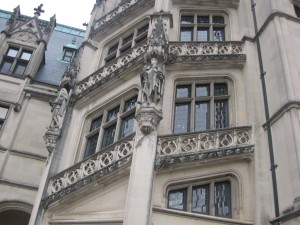 Here’s a picture of a view from behind the house 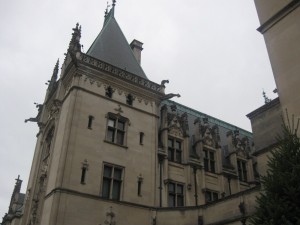 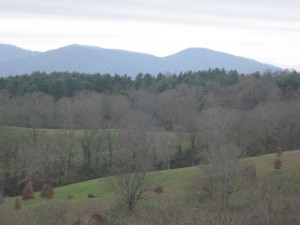 Here’s the outside of the greenhouse 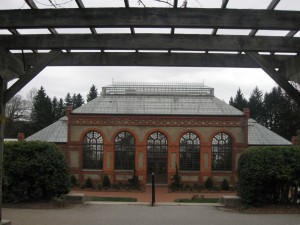 I took lots of pictures of the Orchids in the greenhouse, this one was one of my favorites 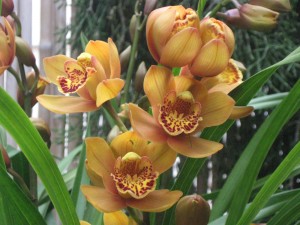 Here’s another picture of the orchids from the greenhouse 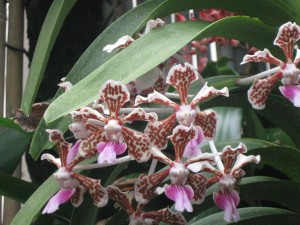 and last but not least, we saw a cool mural on the way to Mellow Mushroom downtown 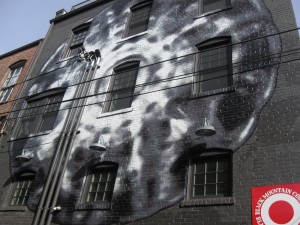 I’m currently taking classes at a nonprofit afterschool program in Wilmington called Dreams, where kids can take art classes and develop confidence and social skills. I take metalsmithing and upcycled furniture design this year, and in the past 4-5 years of being a part of dreams, I’ve taken sewing, music video production, recycled art, and almost 3 semesters of metalsmithing and jewlery design. I even got to make and model clothes for the Wilmington Fashion Week last year as a part of my sewing class. As you can see, this program offers a wide variety of opportunities and experiences, and being a nonprofit, it’s hard for them to do this without some source of funding. So, they hold a charity dinner and show every year, usually featuring the performing artists singing and dancing, I’ve never taken a performing arts class with dreams before, however, this year they decided to feature the visual artists work in the show as well. I got to walk onstage wearing a necklace and bracelet that i’d made in class, along with 2 of my good friends Nyla Mae and Nhyderi. I had a great time, and people loved our jewlery and even asked us for autographs. For a video of the whole show, you can go to the link below.
http://dreamspresents.org/

I’m Cammy, I was at ALC camp this summer, It inspired my mother to start her own ALC model school and now I’m not in public school (prison) anymore. There are a few things I miss about it, having a ton of people around me, we only have me and my sister so far but it can be nice to not have all the noise. Also, I don’t have to take gym anymore, definitely a plus. I do miss my friends from last year but I’ve stayed in contact with them. I really love this model of education so far, I’ve learned a ton already and it’s only week one. I even tried a practice test for the GED, I think I could pass. I want to go to college for criminal psychology, or forensics. Anyway, I’m hoping we get more people soon, but for now, I’m happy.